The Best Hill Stations in India

India is home to some of the best hill stations. Snow-capped mountain peaks, lush green valleys, enchanting waterfalls, rolling streams and rivulets, mesmerizing views of sunrise and sunset, and the pleasant cool climate – all these make hill stations a favorite choice for holiday destinations. From the Himalayas to the Western Ghats, there are many hill stations in India.

Some of the top hill stations are:

Located at an altitude of 2,042 meters above sea level, Darjeeling in West Bengal is one of the most popular hill stations in India. The Darjeeling tea, locally produced in the region, is world-famous and regarded as one of the finest brews of tea by many tea enthusiasts and lovers. Nestled in between the mountains and clouds, Darjeeling offers beautiful panoramic views of the surrounding hills and slopes covered with tea plantations. Tiger Hill, just half an hour’s drive away from Darjeeling, is well known for its early morning sunrise and view of the Kanchenjunga peak if the sky is clear of clouds. The hill station is home to some of the oldest Tibetan Buddhist monasteries. The Darjeeling Himalayan Railway is a UNESCO world heritage site. The region also has the largest high-altitude zoo in India. All these attractions make Darjeeling one of the top tourist spots in India. 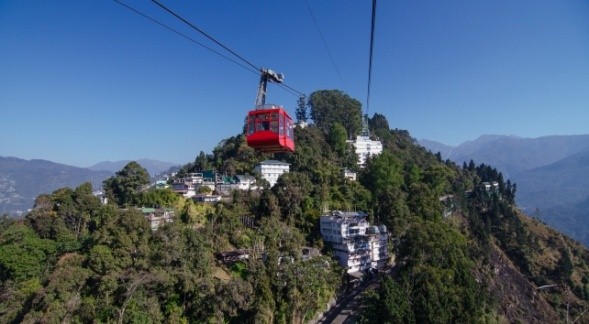 Gangtok is the capital city of Sikkim. The town is located 1,650 meters above sea level in the eastern Himalayan range. The hill station offers some beautiful panoramic views of the hills and surrounding valleys. Gangtok is most well known for its view of the Kanchenjunga Mountains. There are other attractions like the Tsomgo Lake, Nathu La Pass, Ban Jhakri falls, Tashi viewpoint, and more sights to see. The Rumtek Monastery and the Enchey Monastery are also popular tourist spots. Gangtok is one of the few cities in India that can boast of a ropeway running through the middle of the city. Built by Damodar Ropeways& Infra Limited, one of the oldest ropeway construction companies in India, the ropeway in Gangtok is 935 meters long. It begins at Deorali Bazar and stops at Namnang and Tashiling. The ropeway ride is popular among both tourists and the local population. The DRIL ropeway ride offers a complete panoramic view of the full Gangtok city. If the skies are clear, tourists can also be lucky to catch a glimpse of the snow-capped Kanchenjunga peak.

Being promoted as a premier skiing destination, Auli is located in the Chamoli district of Uttarakhand. With its 3 kilometers long slope and a 500-meter long ski lift, tourists can enjoy an exhilarating skiing experience here. Moreover, the snow-covered slopes of Auli also present magnificent views of the Himalayas. 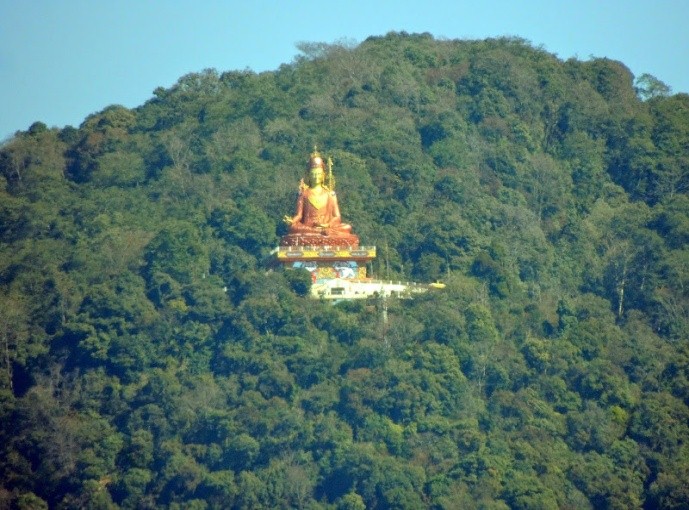 Tawang in Arunachal Pradesh is blessed with immense natural beauty. Located 10,000 feet above sea level, this hill station is home to some of the oldest Buddhist monasteries, enchanting high-altitude lakes, and cascading waterfalls. The hills and valleys offer mesmerizing views. The Tawang Monastery and the Indo-China border are among the top tourist attractions here. Tawang is also home to one of the highest cable car rides in the world. Built by DRIL, the Tawang cable car route is built at 11,000 feet above sea level. There was some challenge in the erection of the upper station due to the poor accessibility. But the project was successfully completed by DRIL. Taking this cable car ride, tourists can enjoy a magnificent aerial view of the beautiful natural scenery surrounding the town of Tawang.

Namchi in the southern part of Sikkim is situated at an altitude of 1,675 meters above sea level. It is most famous for the world’s largest statue of Guru Padmasambhava, the Buddhist patron saint of Sikkim, set atop the Samdruptse hill. To encourage more tourism, a pilgrimage complex has been built on top of Solophok hill which includes replicas of the four pilgrims (Char Dham) of India. This pilgrimage complex attracts a lot of tourists to Namchi. Another major attraction is the cable car ride. Originating at the Children’s Park near Sandruptse hill to the Rock Garden in Namchi, this DRIL ropeway is 2134 meters long. The ropeway was built on difficult terrain with the dual aim of providing an eco-friendly and energy-efficient system of transportation and for the development of tourism. By taking a ride on this DRIL cable car, tourists can enjoy the breathtaking views of the Kanchenjunga Mountains and the surrounding scenery.

Rishikesh: Your one-stop for top-notch adventures in India