Interesting Facts You Did Not Know about the Mehrangarh Fort 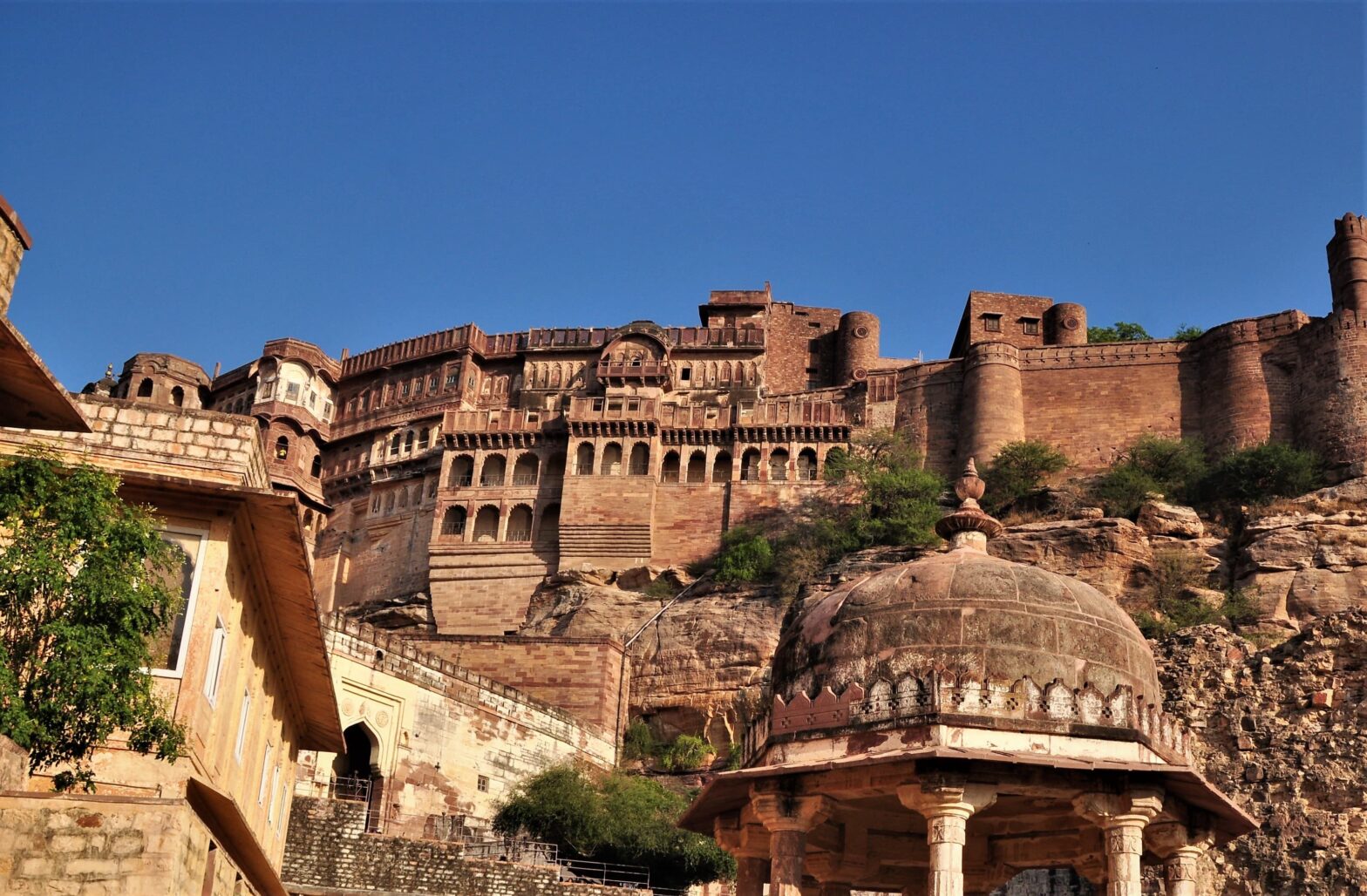 Rudyard Kipling described the Mehrangarh Fort as “a palace probably built by the Titans and coloured by the morning sun”, and we totally agree! A symbol of royalty and glory, this gem of Jodhpur is one of the largest and most beautiful forts in India. Built-in 1459 by Rao Jodha (founder of Jodhpur), overlooking the blue city, the fort is known for its beautiful architecture.

If you are planning to visit Mehrangarh fort, do cab hire in Jodhpur and go to explore the Mehrangarh Fort.

But, did you know these interesting facts about this Instagram-worthy fort?

For the Rathor dynasty, Surya was the supreme of all the gods. Hence, he named the fort ‘Mehrangarh’, a name that was derived from two words: ‘Mihir’, which means the sun and ‘Garh’, meaning fort. The local people gradually started calling Mehr-Garh in their local pronunciation as Mehrangarh, hence the name.

According to a legend, a sadhu named Chiriya Nathji used to meditate on the hill, where Rao Jodha decided to build the fort and removed the sadhu from the site. Enraged by this, Nathji cursed Rao’s family saying that their fort would suffer from lack of water. However, Rao Jodha built a house and a temple for Nathji in the fort. To avert the curse, Rao buried alive a man named Razia Bambi, to ensure that the new fort was auspicious. In return, the man was offered that his family and descendants would be looked after and compensated by the Rathores. Even today, the fort faces drafts every 3-4 years.

Many blockbuster films were also shot on this magnificent fort. Important scenes from the famous Hollywood movie “The Dark Knight Rises” were shot here. Bollywood is not far behind! Movies like “Awarapan”, “Hum Saath Saath Hain”, “Shuddh Desi Romance” and “Holiday – A Soldier is Never Off Duty” are among the few Bollywood films that have been shot at the Mehrangarh Fort.

4. The beauty of architecture

The fort is protected by walls of 118 feet in height and 69 feet in width, and still houses several palaces, known for their intricate carvings and spacious courtyards. The fort houses a museum, which preserves a vast collection of paintings, costumes, weapons and ammunition of the Rathor rulers. It also houses relics and artifacts from the Mughal dynasty.

There are seven gates to enter the Mehrangarh Fort, which were built by different rulers in honor of the victory over the Bikaner and Jaipur armies. You can still see the marks of the cannonball fired by the Jaipur Army at the Dedh Kamagra Gate. To the left of the Loha Gate, there are handprints of Shahi Sati, the wives of the rulers. It is said that Sati took the Bhagavad Gita with her while sacrificing her husband’s funeral pyre, but the royal book would not perish.

5. The ground on which it stands

The fort has also been declared a National Geological Monument by the Geological Survey of India. It is built on the Malani Igneous Suite contact representing the last stage of Precambrian age igneous activity in the Indian subcontinent, which makes this geological feature very influential.

Rao Jodha Desert Rock Park is adjacent to Mehrangarh Fort. Consisting of ecologically restored vegetation of arid and desert lands, the park was created in 2006 and later opened to the public in February 2011. In and around the park are unique volcanic rock formations such as welded tuff, rhyolite, brescia and sandstone formations.

If you are amazed by these facts, then you need to visit the incredibly beautiful Mehrangarh Fort. We promise you won’t be disappointed!

From Jodhpur railway station or Jodhpur airport, you can hire a taxi service in Jodhpur and can go to explore the Mehrangarh Fort.