5 of the Most Famous Temples in Kerala You Must Visit

Kerala, the southernmost state in India, is a haven of peace. Beaches, backwaters, forests, hills, villages, temples, every place in this ‘God’s Own Land’ impart serene vibes. If you are looking for peace and spirituality, then Kerala is one of the best destinations in India you need to visit. Not just as places of historical, religious, and spiritual importance, temples in Kerala also attract tourists with their stunning architecture. So, we have listed here the most famous temples in Kerala you must visit during your Kerala trip. Festival season is the best time to visit these temples; you get to witness the enthusiastic celebrations that reflect the rich cultural heritage of the state. 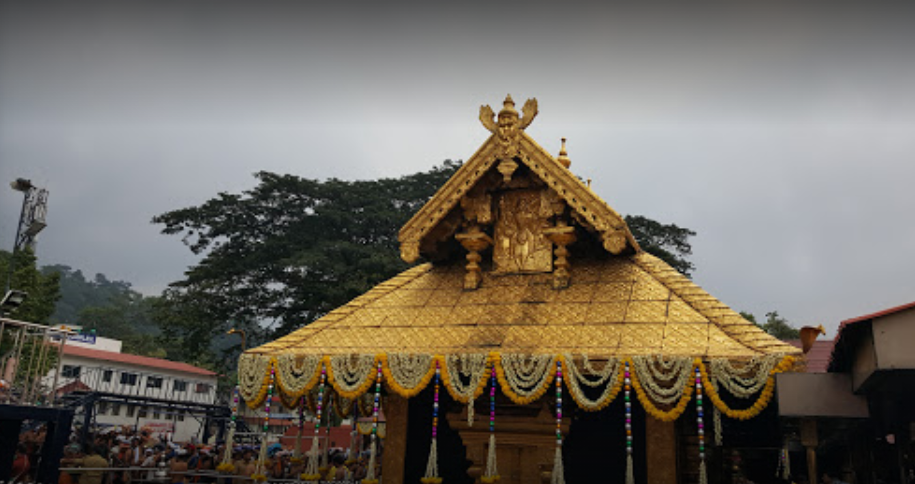 Visited by nearly 50 million pilgrims every year, Sabarimala Temple dedicated to Lord Ayyappa is one of the most famous temples in Kerala. The hilltop temple is situated amidst the dense forests of the Western Ghats in the Pathanamthitta district, near Periyar Tiger Reserve. Devotees follow strict personal discipline, observe fasts, and restrain themselves from all worldly temptations several days ahead of their pilgrimage to this temple, and they also remain unshaven until the pilgrimage ends with the darshan of their beloved God, Ayyappa. The pilgrimage to Sabarimala is among the most sacred for Hindus. 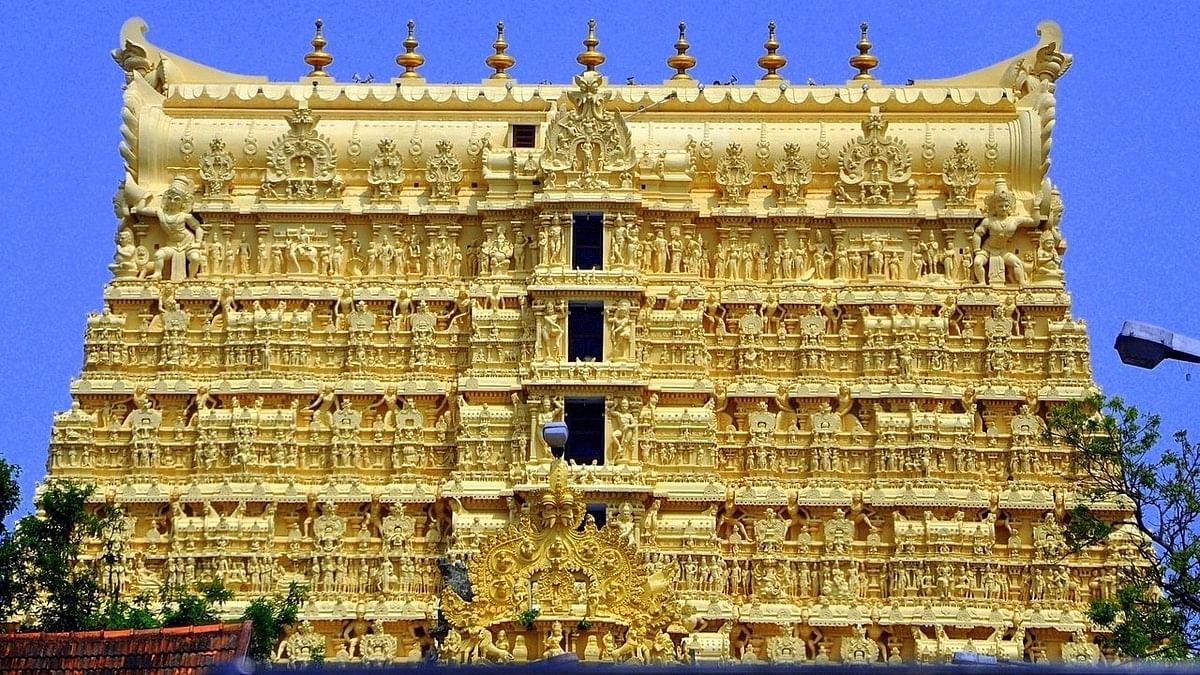 As the world’s richest temple, Sree Padmanabhaswamy Temple is not only famous in Kerala but all over the world. The idol of Lord Vishnu reclining on Anantha (the eight-hooded serpent God) is enshrined in this temple, which is considered one of the oldest Vishnu temples in the country.

The temple located in Thiruvananthapuram also has a mention in the ancient Hindu sculptures like Skanda Purana and Padma Purana. Apart from the idol of Lord Vishnu (which is a majestic sight to behold), the highlights of this temple in Kerala include its stunning Dravidian architecture, a 100-feet tall Gopuram, beautiful stone carvings, and murals. Devotees heavily throng the Padmanabhaswamy temple during the Alpashy festival (October-November) and Panguni Festival (March-April). 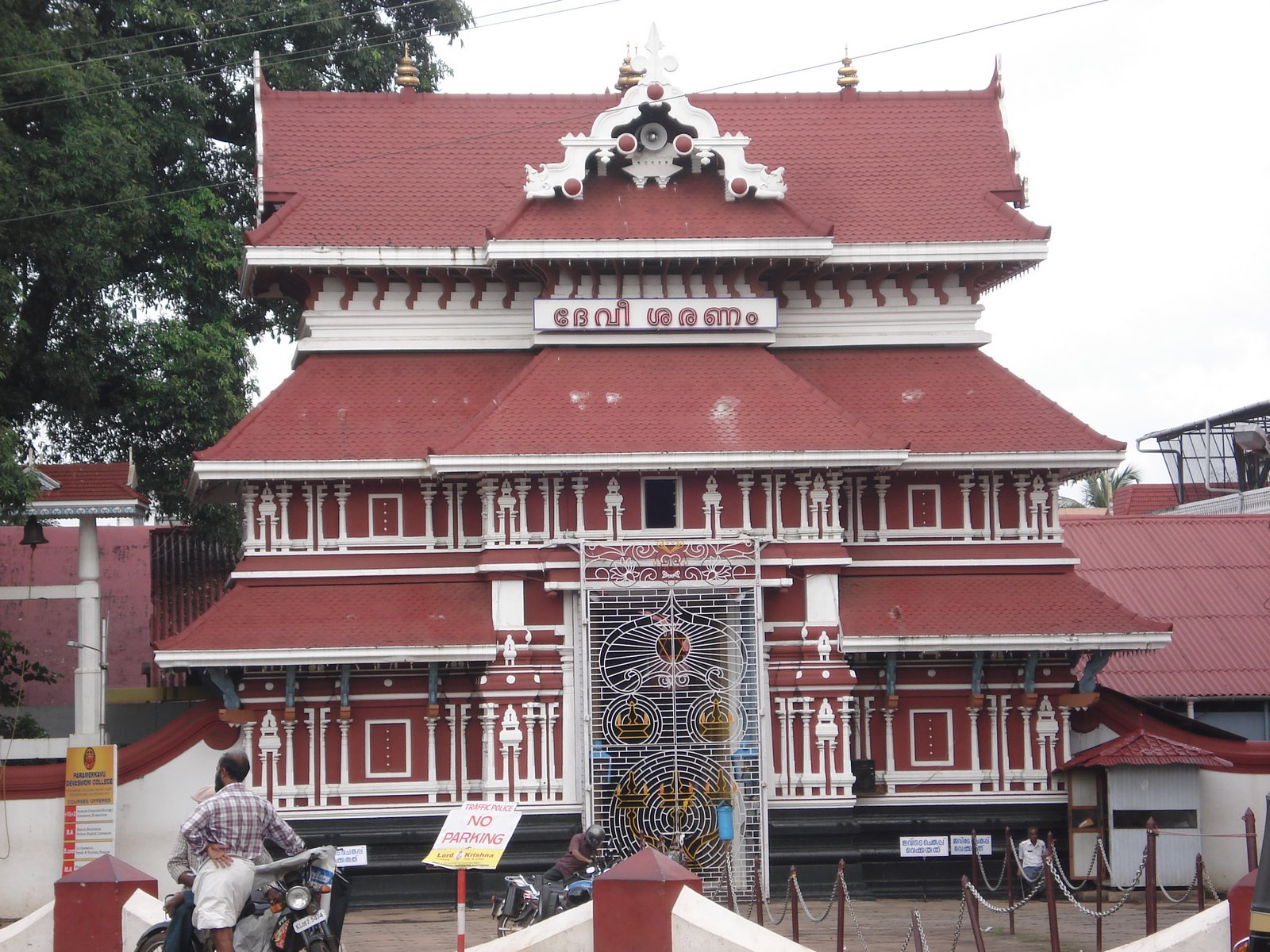 Situated in Guruvayoor (or Guruvayur) town of Thrissur district, Guruvayoor Sree Krishna Temple is a well-known Hindu temple in Kerala visited by thousands of people every day. This ancient temple dedicated to Lord Krishna is often referred to as Dwarka of the South and also Bhooloka Vaikunta. The four-armed idol of Lord Krishna worshipped here is carved out of a special Paathalanjana stone which possesses many medicinal and therapeutic values. There is also a sacred pond called Rudratheertham situated within the temple premises.

Attukal Bhagavathy Temple is another famous temple in Kerala located just 2 km away from Sree Padmanabhaswamy Temple. The temple, constructed in the Dravidian style of architecture, is dedicated to Goddess Kannaki (an incarnation of Goddess Parvati). The 10-day-long Attukal Pongala festival is celebrated with much enthusiasm here and sees the attendance of thousands of devotees. A large number of women devotees assemble for the festivities and cook the traditional sweet called Pongala. This largest gathering of women for a religious event has also entered the Guinness World Records!

Recognized as the National Monument by India, the architectural splendor of Vadakkunnathan Temple constructed in wood and stone blows you away! The stunning structure, beautifully sculpted pillars, and very old murals depicting scenes from the Mahabharatha reveal the architectural brilliance of the temple that lies in the middle of a green expanse spanning 9 acres.

Lord Shiva, Rama, and Vishnu are worshipped at this ancient temple situated in Thrissur – the cultural capital of the state. Vadakkunnathan temple is a must-visit place for spiritually inclined people. A visit to this temple during the Thrissur Pooram festival is most recommended as the zealous celebrations of the festival involving religious chants and traditional drum beats add to the divine aura of the place!

What are the Steps to follow for your Next Trekking?

Tips to Save Money on Flight Ticket Booking